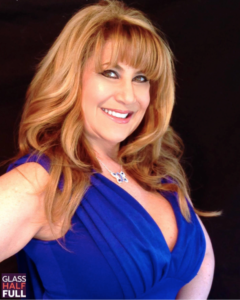 This week’s guest is Melissa Marshall. We’ve known each other since elementary school. And guess what? She wrote “the cancer fight song!”

Listen to Melissa’s story and visit her foundation’s website.

Let me know on Facebook if you’d like to see a photo of us from elementary school.

Something of a transcript:

Today’s guest is someone I’ve known since elementary school – Ojus Elementary in North Miami Beach Florida. Back then I knew her as Missy but you’ll get to know her as Melissa. Melissa Marshall.

Melissa moved to New Jersey at some point and I’m out here in northern California. Thanks to the power of Facebook — since 2008 I’ve been able to reconnect with so many friends from my past. And personally if I’d not had that bridge of Facebook I wouldn’t have attended my high school reunion about six years ago. Say what you want about Facebook and social media…I wouldn’t know where Melissa is living now nor what she’s recently been through.

Just for a reference point, Melissa’s father was the most well-known band performer in South Florida – Jerry Marshall. Jerry Marshall performed at everyone’s wedding, everyone’s Bar Mitzvah. So when I think of Melissa as a child, I also have memories of her dad and his band.

So, before delving into her Glass Half Full story, I wanted to know how she made it north to Jersey…

Moved to NJ from NMB; got into bands…out on the road, traveling everywhere; you were lucky enough to be invited to Atlantic City; was able to work steadily in Atlantic City.

My most favorite memory is when I was asked to be the opening act for Don Rickles and my father flew up to be my conductor. It was the culmination of everything…the respect…I cut my own path without using him…

What led up to your diagnosis? September 2013. Due to have a hip replacement. I bled bright red every time I went to the bathroom. I never had any pain. I only mentioned it to my husband. I was talking to one of my best friends…I called my gynecologist…didn’t know who to call. History of IBS. Doctor tells her she has to postpone her hip surgery. You have a very large mass; we’ve got to do this…that. The most important test was the colonoscopy. Marking – they take away what they can and mark where the tumor began and ended for the next surgeon. I make a joke with my sons that I do have a tattoo. A polyp can grow up to 7 years…I was singing every night; I was in a lot of pain.

I had never known my capacity could be this strong. I am not going to lie to you…scared out of my wits…do I really want this surgery?

[her husband] He has difficulty expressing…he wants things to go back to my fun and energetic self. Sometimes I’m tired. It’s altered how I look at myself. I was very fit physically. My favorite thing was my stomach. I loved being in high heels, wearing really tight clothes. Now I had to change that and alter it a little bit. Most people would never know I had a bag.

I’ll never be the same person as I was before the cancer. People don’t always have compassion…this is an every hour of my life process; I don’t just have one bowel movement and go about my day. My waste comes out. I have to empty my bag between 4-8 times a day. Know your exits; I have to always know where a bathroom is.

How long after your recovery…about 6-7 months after and still going through chemotherapy…up in Saratoga…it was right there the whole time.

Tell me about the foundation and song. The vision of the butterfly came into my head the day I left the hospital. Lyrics pop into my head. The song wrote itself. She called her keyboard player…39:30 no one has written a cancer fight song…I want to encourage, inspire, gives them the message to keep going. You can get strength. They can use it to get them through.

The foundation came about…once I had my necklace made people would ask about it. The necklace became her logo. We need to form this foundation…the world and the public does not understand how they work, how you can live. I’m here to say you can live and be happy. It all snowballed…get information and educate the public. 42:40: My ultimate goal is to provide into doctors and hospitals…my pamphlet is “It’s in the bag” and get it out to many places.

Why did you create a ballad and dance version? She wanted to give the uplifting feeling. To some people I may be talking about a guy who did me wrong; it’s a play on words. When we were in the studio…the ballad evolved.

That’s the dance version  — if you hadn’t guessed – both the dance and ballad versions of the cancer fight song are available for download on Melissa’s foundation website – you can get the link in this podcast’s show notes on Glass Half Full dot online.

Nobody asks what does your glass look like. My glass is a gorgeous, ornate goblet…it’s always full. I would like to think what the glass feels like in my hands. I would mostly say either a nice Cosmo, muddle the lime or sometimes when I’m singing I drink straight Jack Daniels. I like to joke around that’s it for medicinal purposes. I can sometimes picture the glass shattering…I was actually quite shy.

Okay…maybe I have to head out to Saratoga Springs, New York some time this summer to catch Melissa’s weekend performances at the 13 North Restaurant and try a shot of Jack Daniels. I wonder if it will improve my singing?

Before I go, please consider Melissa’s advice – find out about your family history; it was only after her diagnosis that she discovered her type of cancer does exist on her mother’s side of the family. And…get a colonoscopy. Don’t be afraid of it; it’s usually just a 20-minute procedure.

Thanks again to Melissa Marshall for sharing her story with me and channeling her energies into a creative and powerful song!

12 members
Each month a book is featured on the home page of https://glasshalffull.online/ Please feel free t...